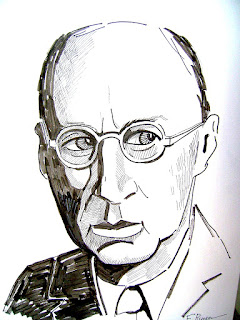 It is time to recall a couple of other people who died on this day, in one case sixty years ago. Both of them were great artists and both suffered under the Soviet system though neither was actually arrested.

Sergei Sergeievich Prokofiev, one of the greatest composers of the twentieth century, died on March 5, 1953 and his death was overshadowed by that of the great tyrant. His last years were overshadowed by persecution and the arrest of his wife. Even in death he found difficulties.


He had lived near Red Square, and for three days the throngs gathered to mourn Stalin, making it impossible to carry Prokofiev's body out for the funeral service at the headquarters of the Soviet Composer's Union.

I think, people might like to listen to the Radio 3 programme on Prokofiev and here is Valery Gergiyev conducting the London Symphony Orchestra in Dance of the Knights, one of my personal favourites. I shall be happy to put up any other piece that readers prefer.

How can one forget the other great artist, in this case a great poet, who died on March 5 though she managed to outlive the old tyrant by 13 years? Anna Akhmatova, one of the greatest of the twentieth century poets and one of those who created a wondrous memorial to the victims in her cycle Requiem, died in 1966, having witnessed the cultural thaw but also its ending. Sadly but predictably Requiem, Poem without a Hero and her essays on Pushkin remained available only in the West till many years after her death, when they were finally published in the Soviet Union. For some people March 5 is Anna Akhmatova Day. 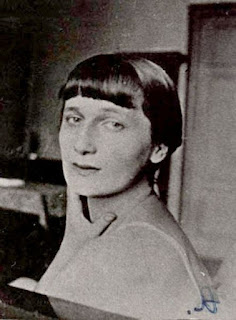 Oh, and incidentally, I have written about her before: here, here and here.
Posted by Helen at 1:58 PM