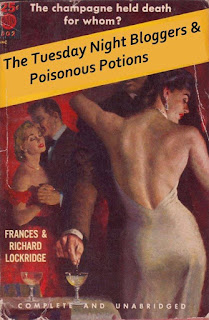 'Tis the month of July, named after Julius Caesar as it was the month of his birth (but not of his death as we all know very well). Despite that we are not dealing with stabbings or conspiracies but with poisonings of various kind. As ever Bev Hankins will be collecting the links and, I believe, she created this logo, basing it on an unduly racy cover for a Mr and Mrs North book. I have read several of the Lockridge novels about the Norths but do not recall anything quite like this in any of the plots. But it is a great cover.

So, poisons and poisonings. Obviously, the queen of those as of so many other things is Agatha Christie who probably killed more people by more kinds of poison than anybody else. In Bloody Murder Julian Symons suggested that there may have been something odd about Dame Agatha's mentality as she could write quite such a lot about so many different kinds of poison. As so often, I disagree with the great Mr Symons.

Christie worked in a hospital dispensary in both World Wars and, consequently, knew a fair amount about drugs and their poisonous quality. She also wrote, mostly, domestic crime stories and poison is, on the whole, easier to obtain and to use in those circumstances. Why, one wonders, did Mr Symons not think that there might be something wrong with P. D. James's mentality, though in two novels a murder was committed by the killer grabbing the victim from behind and cutting the victim's throat. 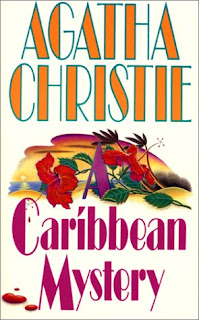 Poison can and is administered through food and drink, through injections, through nasal or perfume sprays (in one of Ngaio Marsh's novels) and through the skin, which is a particularly nasty and unusual way of disposing of someone. Christie mentions the possibility of slow-acting poison in A Caribbean Mystery. Mr Rafiel's nurse and masseur is seen investigating Molly Kendall's face cream after which he talks vaguely about the possibility of affecting people mind, memory and imagination through poisoned unguents. Some of the witches really did believe they flew through the air and consorted with Beelzebub, he explains, as a result of rubbing belladonna into their skin.

In fact, the attempts on Molly's life are far more straightforward but the tricks played on her mind, probably through those creams are part of the plot.

In Cards on the Table a past murder is mentioned through the medium of a poisoned shaving brush, which, one must assume, could pass the poison into the skin. 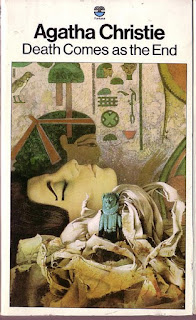 The only novel by Christie in which someone is killed through a poisoned body unguent is Death Comes as the End, her mystery set in ancient Egypt. (In parenthesis, it might be noted that this ws one of the first examples of history detective stories, so popular nowadays.) Esa, mother of Imhotep, a wise old woman who realizes that the various deaths should be attributed to human rather than ghostly agency is careful with her food and drink but forgets that creams and unguents can be poisoned as well.

Then there is Edmund Crispin's Swan Song, the first novel that takes place after the war, which centres on the first performance of Die Meistersingers since before the war. There are two murders, one being an impossible one, and two attempted ones with a highly complicated solution that involves Fen using a skeleton to prove his point. 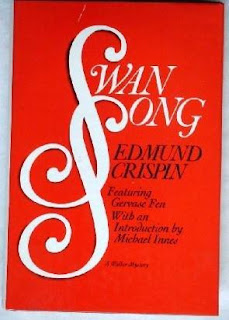 The interesting thing is that one of the murders where the victim is not the intended one, is carried out through the medium of theatrical removal cream, saturated with arsenic. The intended victim would have gone to a doctor thus preventing his own death but the unfortunate and accidental real victim does not want to do so for reasons of his own. So he dies in some pain but, really, it does not matter as he would probably have been hanged otherwise.