We have abandoned the real soft power 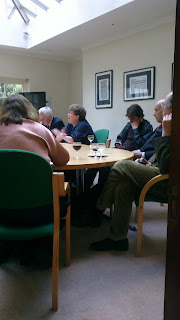 On Tuesday I attended a talk at CRCE (Centre for Research into Post-Communist Economies) given by Masha Karp, formerly of the BBC Russian Service Features Department (do they even have such a department nowadays?) on what she termed "Unilateral Disarmament" that is the West's surrender in the information war with Russia.

Russia, one may add, has not followed suit but has been spending ever larger sums of money on media outlets to the West, which happily chirrup away their Kremlin propaganda and take in a surprisingly large number of people here. Inside the country there is practically no independent, that is non-Kremlin controlled, media outlets left and only a minority of the country has access to the internet, particularly broadband or reads blogs though it must be said that the growth of the Russian blogosphere has been one of the few hopeful developments there in recent years.

Masha, who is a good friend, spoke of the appalling evisceration of both the BBC Russian Service and of Radio Liberty, the latter taking place within the last year. I am glad to say that Radio Liberty appears to be recovering somewhat as the people who put in the changes that pleased the Russian authorities so much, have gone and a number of the hard-headed and knowledgeable journalists who had been fired last autumn have been reinstated. We shall watch developments keenly.

Meanwhile, here is the text (more or less) of the talk, first published by Human Rights in Russia. It is well worth reading.

It is extraordinary that our politicians, media and analysts are always rabbiting on about "soft power", influence and other suchlike matters, whether through the EU and the egregious Cathy Ashton, the incompetent and highly paid Lord High Panjandrum of European Foreign Affairs or through millions given in aid that is then wasted, misused and stolen yet the one thing that does give us influence and soft power: highly professional and informative broadcasting, both Britain and the United States are doing their best to destroy.

My solution is simple: shut down DFID and actually lay off all its civil servants both at home and in various comfortable hotels around the world. Stop all development aid and make humanitarian post-disaster aid strictly limited and well accounted for, distributed by the military or people who know what is going on in particular locality. The amount of money saved will be stupendous. One tenth of it will restore the BBC Russian, Ukrainian and Belarus Services as well as the various Central Asian ones to their former glory. And while we are at it, separate the World Service from the domestic BBC; the World Service is part of our international relations and a very successful one at that (or used to be). Otherwise the still far better World Service news will turn into the pathetic excuse for it that the domestic news broadcasts are.
Posted by Helen at 1:10 AM