August does tend to be the month of rather grisly anniversaries. I mentioned the twenty-fifth of the attempted Soviet coup but there are others in the last week or so.

First of all, let us not forget that today is St Bartholomew's Day, or the massacre of 1572 that began the night before it and lasted several days in Paris and several weeks in the rest of the country. One interesting detail is that the English ambassador to Paris at the time was Francis Walsingham, who not only witnessed the horrors but gave sanctuary to as many as he could of the Huguenots. His then pregnant wife escaped with their daughter. Walsingham had already been in favour of helping Dutch and French Protestants but his experience in August 1572 defined his subsequent attitudes and policies. 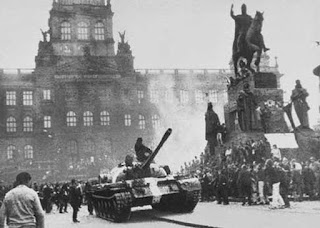 .Moving to the twentieth century (which had many things in common with the sixteenth and the seventeenth though the numbers of victims were considerably higher), we have the anniversary of the suppression of the Prague Spring with the Warsaw Pact tanks moving into the country on the night of August 20 to 21, 1968. 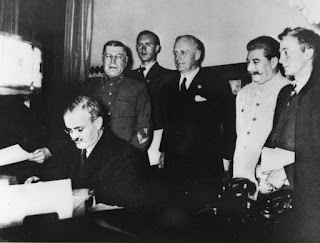 The Molotov-Ribbentrop Pact was signed on August 23, 1939 (while the Soviet Union was still negotiating with France and Britain). That, too, is a state secret in Russia and  you can get into trouble if you write about it.

Today is also the twenty-firth anniversary of Ukrainian independence and a happy time it is, too, what with Crimea in Russian hands, Eastern Ukraine in endless turmoil created by Russia and its henchmen plus continuing threats and destabilization of the rest of the country by Big Brother in the east.

Another curious anniversary is also to do with Russia and her attitude to her neighbours and their sovereignty. On August 25, 2008 Russia, some weeks after invading Georgia, "recognized" the independence of two break-away regions that had been virtually controlled by them even before the invasion, Abkhazia and South Ossetia. The two remain in limbo internationally speaking but de facto part of Russia domestically. It was, however, an important precedent.

Happy rest of August to all as we come up to the anniversary of the outbreak of World War II.