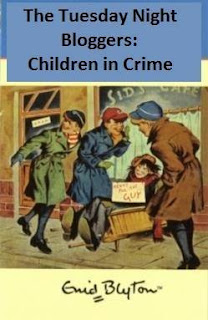 Yes, dear readers, we are back. The Tuesday Night Bloggers had a month off and are back with the creepy theme of Children in Crime. That could be anything: children as detectives (and this may be a good time to re-read some Enid Blyton and Malcolm Saville), children as victims (tends to be very grim), children as criminals (from Fagin's gang to The Bad Seed) and children as witnesses. I am being a little lazy and turning to the obvious source, Agatha Christie.

Famously, Christie was no respecter of persons. Anybody could be a victim and anybody could be a criminal though she was writing at a time when some decencies were kept by most writers. I am a great fan of Patricia Wentworth's Miss Silver books but one knows for certain that the young and not so young couples are going to turn out to be innocent. Not so with Christie. Nothing of the kind can be assumed. That nice young man who sits opposite you on a train or an aeroplane? I wouldn't trust him any further than I could throw him. The delightful young lady who appears to be victimized by nasty bullies? Make sure you do not stand between her and a fortune.

There is no protection for children in any way. Most readers can remember the child victims of Hallowe'en Night (1969) but what of the boy who cleans windows in Murder is Easy (1939) and the very ordinary girl guide in Body in the Library (1942)? All disposable. One particularly grim but excellent novel has a child of about twelve as the murderer and I am not stupid enough to tell you which one it is. 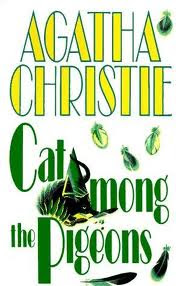 In this posting I intend to look at one of Christie's books in which children are witnesses to a series of crimes, which take place in Meadowbank, a very select and highly regarded girls' school, Cat Among The Pigeons.

The slightly chaotic plot starts in Meadowbank school, moves to Ramat, a fictional Middle Eastern country where a routine coup is taking place, the prince is being flown out with his personal pilot and British tourists are being shepherded out by harassed embassy officials and returns to Meadowbank with few necessary interruptions. The start is the first day of term with new girls arriving, being assigned to rooms and unpacked with their parents handled firmly if tactfully. The headmistress, Miss Bulstrode, temporarily distracted by the unexpected appearance by the dipsomaniac Lady Veronica Carlton-Sandways (Christie had a good ear for names and no respect for the aristocracy) misses something the very sensible Mrs Upjohn says, something that she will much regret missing. 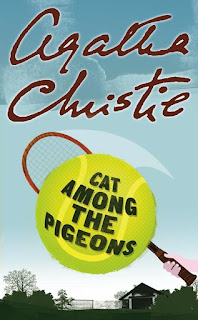 Missing and not noticing things is one of the novel's themes: Miss Bulstrode misses Mrs Upjohn's story, Adam Goodman the gardener at the school (who is neither Adam Goodman nor a gardener but a Special Branch agent sent by our old friend Colonel Pikeaway) does not notice Princess Shaista's knees thus causing Poirot annoyance and Jennifer Sutcliffe manages not to notice anything while believing anything anybody tells her at any time. One cannot help wondering what possessed Miss Bulstrode to give such a dimwitted child one of the school's much sought after places.

On the other hand there is Julia Upjohn, daughter of the woman whose story Miss Bulstrode misses at the beginning, who has, as her mother says, quite a good brain. She notices things and, more to the point, she puts two and two together, getting four, which puts her ahead of the police and Special Branch. It is something of a truism in numerous detective stories that children have sharper eyes and ears and often notice things that adults miss. Not in this novel: Jennifer is positively deaf and blind while Julia works out things because she has extra information purely because of her friendship with Jennifer. No adult could have worked it out where the jewels (not a secret, as it happens) might have been.

When she does find them she very sensibly takes them to Poirot, knowing about him from Maureen Summerhayes of Mrs McGinty Is Dead, who happens to be her mother's friend. She explains to George, Poirot's servant that she has come to talk about some murders and a robbery and adds to Poirot himself that there is also the kidnapping but she does not think that is her business. Naturally, Poirot is fascinated but he had already read a certain amount of what has been going on at Meadowbank in the newspapers, which have been carefully refolded. 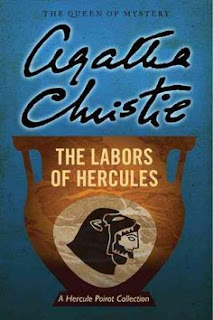 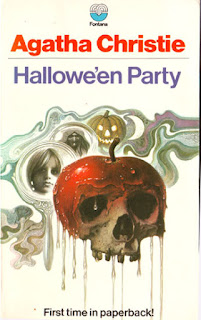 The kidnapping is that of Princess Shaista and the trick is the same Christie had used in The Girdle of Hyppolita, one of The Labours of Hercules. In that story Miss Pope, the headmistress of what is little more than a finishing school, is treated with amused irony; Miss Bulstrode is taken far more seriously as is her school. The differentiation is quite interesting as Christie herself did not attend a school at all and is usually seen as someone who held somewhat old-fashioned views about women's education and careers. As ever, she manages to confound the various assumptions made by critics about her. 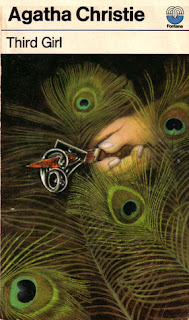 In fact, headmistresses apart from Miss Pope are seen as highly intelligent and knowledgeable. Poirot asks the advice of Miss Emlyn in Hallowe'en Party and it is absolutely sound. She knows exactly who can and who cannot be trusted. More than that she is the only person who understands the significance of one particular detail about the party and urges the witness to tell Poirot who also works out from that who the killer must have been. None of the children, one may add, have noticed anything. So much for their sharp eyes. Miss Emlyn is also an old friend of Miss Bulstode who has, by the time of of Hallowe'en Party retired (she is on the verge of it in Cat Among The Pigeons) but the Meadowbank has gone on, changed but also with its traditions.

Poirot also consults Miss Battersby, the former Principal of Meadowfield school and present tutor of mathematics, in The Third Girl. Again, he receives a no-nonsense, accurate assessment of the girl Norma Restarick and her family. Altogether, headmistresses are a good thing in Agatha Christie's novel.

Cat Among The Pigeons ends with a different child, the boy Allen, son of the late Prince Ali Yusuf, whose life is about to change drastically as his mother inherits the jewels that had been put aside for her. Julia Upjohn acquires one emerald, green for mystery. It is no more than she deserves.
Posted by Helen at 11:58 PM