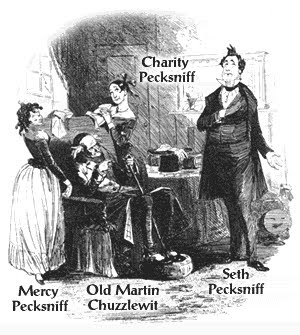 It is, in many ways, so much easier to be on the right of the political spectrum because it is so much less likely that one is accused of hypocrisy. Trying to reduce one’s tax bill? No problem. Everyone should be paying lower taxes because people are more likely to use their money sensibly (or, at least, the way they really want to) than governments.

Trying to get one’s offspring into a good school? No problem. Everyone should have choices in schooling and, if that requires some kind of a voucher system at first, so be it. And so on.

Even if one finds oneself using state controlled enterprises and organizations there can be no accusation of hypocrisy as the system is such that few people can avoid doing so at some point and, in any case, we do actually pay for all those huge juggernauts.

So different for those on the left, who tend to preach unselfishness to the rest of us while practising enlightened self-interest for themselves.

This extends to other matters, such as sensitivity, anti-racism, feminism (about which I have written on numerous occasions) and general lack of nastiness, all of which the left claims for itself, displaying all the bad things in abundance but squealing with horror the moment criticism is aimed at them.

It did not surprise me in the slightest that after the filthy and prolonged abuse that the left had hurled at President Bush, his wife, his family, at Condoleezza Rice, at Sarah Palin and her family, there was squealing at the slightest attack aimed at President Obama. To this day, as I found when I commented on other blogs about the preposterous Peace Prize, there is personal abuse directed at anybody critical of The One.

Presumably, somewhere at the back of these people’s minds there is an unwanted picture of Bush putting up with all that abuse without a single complaint and Obama with his coterie whining each time and, presumably, this unwanted picture makes people ever more hysterical.

When it comes to Britain the hypocrisy of sensitivity is not restricted to the left but has spread to what we laughingly call the right that is the Conservative Party. It seems that soon after the Conservative Party Conference Ben Bradshaw (Secretary of State for Culture, Media and Sport, since you ask) Twittered some unpleasant personal attacks on David Cameron.

I am not on Twitter and if I were I would not waste my time following self-important politicians so I have to rely on other people’s accounts but there seems to be a general idea that the attack had something to do with the tragic death of little Ivan Cameron earlier this year and, possibly, his life as a severely disabled child. Not nice and completely unnecessary.

Then again, I was a little puzzled at the display of sensibility by various Tories on blogs and Facebook (where I do have a presence); smelling salts were called for; fainting people had to be revived ever so gently.

Ahem, I said, rather quietly, as is my wont, what of the times you people attacked Gordon Brown personally? What of all the comments about his health, physical and mental?

The responses were rather odd. One person wrote that this was completely different. At least, I think that is what he wrote but as he seemed unable to string a coherent sentence together and started his comment by informing me that it was no wonder that I supported Labour, we can discard his opinion as being worthless.

Others assured me with a straight face that no Tory has ever attacked Brown on personal grounds. Well, not on the Conference platform, anyway. Well, neither did any Labour politician attack Cameron on the Conference platform. This is a silly argument. My point was quite simple: personal attacks on politicians are not a good idea though it is hard for one lot of socialists to attack another lot on political grounds. However, if you do it yourself than do not squeal when the direction of the manure is reversed.

Since then, we have had the still continuing saga of Stephen Gately’s death, his elevation to sainthood without all the paraphernalia of miracles, Devil’s Advocates and Papal decisions, and the unfortunate hounding of Jan Moir, a mostly harmless hackette, started by Stephen Fry, also on Twitter. The word sensitivity was brandished quite extensively. Jan Moir and those of us who tried to protest in the name of freedom of speech were subjected to quite exceptionally vile abuse, all in the name of sensitivity.

Which leads me to an even wider question of sensitivity and hypocrisy and the harm that combination can do. One of the books I am reading at the moment is Nicola Humble’s Culinary Pleasures, a highly entertaining and somewhat idiosyncratic history of cookery books from Mrs Beeton’s magisterial tome to the present day.

She does mention one or two of Mrs Beeton’ immediate predecessors but seems unaware of early eighteenth century and seventeenth century books to which several of the ones she covers hark back.

Any history of cookery books or “cookbooks” as Ms Humble refers to them is likely to be idiosyncratic because with very few exceptions it is almost impossible to tell what was really popular and influential at a certain period. I am not sure Ms Humble even tries, preferring to follow her own interests. She is, however, on safe ground with Mrs Beeton, whose Book of Household Management she has edited to produce a shortened version for Penguin Publishing.

Isabella Beeton, whose complete book is now available in facsimile edition and on the internet (also here and several other sites), has had a bad press over the many decades after her untimely death, while her book was destroyed by publishers, a false persona was created by the same and every single thing that is wrong with English cooking was attributed to her.

In actual fact, the book is quite sensible; it is full of interesting information about middle class household management of the period (though as Ms Humble rightly points out it is important to separate description from aspiration); and its advice is often extremely practical.

Nicola Humble is eminently fair to Mrs Beeton but, as a life-long vegetarian, has a problem with the latter’s emphasis on meat. In particular, Ms Humble thinks, that there is something hypocritical about someone writing about the need for animals to be kept well and slaughtered humanely who also gives many different ways of dealing with the meat with few pages between the various passages. The first, in the author’s opinion, points to a modern, urban view of animals, while the second takes us back to a more savage era.

I fear that it is Ms Humble and her likes who can be accused of hypocrisy brought about by our old friend, sensitivity.

For instance on page 39 of my paperback edition we can read, as an introduction to one of Mrs Beeton’s recipes:

This is a typically brisk set of instructions in which some of the crucial details are dealt with rather quickly: ‘collaring’ as a culinary procedure means to roll up and tie with string, s it is the calf’s head itself that should be rolled tightly, not just the cloth in which it is wrapped, a distinction that Beeton’s prose leaves rather vague. It is also unclear whether the head should be divided completely or just split to facilitate removal of brains and bones. Beeton follows this recipe with a note on feeding the calf, in which she instructs that ‘if the weather is fine and genial, it should be turned into an orchard or paddock for a few hours each day, to give it opportunity to acquire a relish for the fresh pasture’. The gruesome contrast between this image and the calf’s eventual fate does not appear to strike her – despite her concern with decent animal husbandry she has none of our modern squeamishness about killing animals for food.

There follows a recipe for Collared Calf’s Head that is neither hard to understand not particularly gruesome but hard to follow nowadays, partly because few kitchens are big enough or well enough equipped for the preparation but largely because health and safety regulations have made it impossible for butchers (where there are any still left) to sell any animal’s heads for food.
The real problem is that last, incredibly sensitive sentence. With respect to Ms Humble, most people are not vegetarians and there is no way of eating meat without killing animals first. But she is right in pointing out that too many people are squeamish about that and would prefer not to think about it.

The outcome is precisely the opposite of what might be expected. Mrs Beeton, who had spent most of her life in the small town of Epsom, knew about animal husbandry and slaughtering. She knew the link between that and the production of food and was anxious to campaign for humane treatment of animals, because of that. People with modern squeamishness would rather not think about the way animals are kept for meat or dairy, let alone about the conditions in which they are slaughtered. They are so squeamish and so sensitive that they would rather ignore animal suffering than to think about it.

This was brought home to me forcefully when I was involved in an investigation into the fate of small and medium-sized slaughterhouses after various EU directives had been imposed on the industry and a campaign to alter rules in order to save the remaining ones.

Newspaper editors who might have been interested in another campaign against EU over-regulation and British gold-plating, refused to touch the story: their readers did not like to hear about animals being slaughtered. Oh yes, they ate meat but they were not anxious to be reminded about the realities of food production. The RSPCA produced one learned report that nobody read but mumbled apologetically when asked why they did not devote some of their enormous resources to the saving of small and medium-sized abattoirs on grounds of animal welfare. And so on, and so on, with the honourable exception of the Humane Slaughter Association.

And don’t even get me on the subject of international development aid and sensitivity. That requires another long posting.
Posted by Helen at 5:20 PM