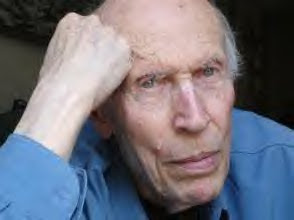 The BBC reports the death of one of the best film directors of the last fifty years, Eric Rohmer, a member of the Nouvelle Vague, who continued to make extremely watchable and sometimes infuriatingly Gallic films until just a year or two ago. I can't help feeling, though, that this comment was made by someone who has not seen that many Rohmer films:

His main works include the cycle of films Six Moral Tales. The third, My Night at Maud's, released in 1969, brought him international recognition.

His films are known for being almost completely devoid of action, featuring lengthy conversations between the usually young protagonists.

Pauline at the Beach, a typical work from 1983, features a 15-year-old girl's summer by the seaside and her observation of adult relationships.

Even those early films were full of small acts - no big fights, car chases or special effects but plenty of action though, naturellement, also plenty of discussion. Ma nuit chez Maud, for instance, which I watched a couple of months ago for the first time since my student days, is filled with discussions about Pascal, Catholic guilt, sin and sex. Heady stuff, I thought the first time round; not so much the second time. Françoise Fabian still looked good though; Jean-Louis Trintignant not so much, in fact rather creepy. Perhaps he was meant to be. Incidentally, both of them were in their mid to late thirties by the time the film was made and played characters of roughly that age, not youngsters.

IMDB has also caught up with the news. The biography section struggles valiantly with the whole concept of Rohmer's attraction to so many viewers and other film-makers. Somehow, I do not get the feeling that the person who wrote that enjoyed any of the films but had to acknowledge the remarkable influence Rohmer had even on people who did not like his work or found it fey and too languourous.

It would be dangerous to supplant the aforementioned "je ne sais quoi" with words. Without demystifying Rohmer's cinema, still there are broad qualities to which one may point. First, it is marked by philosophical and artistic integrity. Long before Krzysztof Kieslowski, Rohmer came up with the concept of the film cycle, and this has permitted him to build on his own work in a unique manner. A devout Catholic, he is interested in the resisting of temptation, and what does not occur in his pieces is just as intriguing as what occurs. Apropos to the mention of his spirituality is his fascination with the interplay between destiny and free will. Some choice is always central to his stories. Yet, while his narrative is devoid of conventionally dramatic events, he shows a fondness for coincidence bordering on the supernatural. In order to maintain verisimilitude, then, he employs more "long shots" and a simpler, more natural editing process than his contemporaries. He makes infrequent use of music and foley, focusing instead on the sounds of voices. Of these voices, where his narrators are male (and it is ostensibly their subjective experience to which we are privy), his women are more intelligent and complex than his men. Finally, albeit deeply contemplative, Rohmer's work is rarely conclusive. Refreshingly un-Hollywood, rather than providing an escape from reality, it compels us to face the world in which we live.

While I rarely have difficulties with Rohmer's films, I find that paragraph a little hard to understand. Indeed, I had to read it twice. Probably my favourite of the Rohmer films I have seen is Triple Agent, which is based, more or less, on the true and horrific tale of General Miller's disappearance in Paris. He was kidnapped and murdered by NKVD agents as his predecessor in the White Russian Military Union, General Kutyepov had been.

True to Rohmer's preoccupations, the film revolves round the man who ends up by betraying General Dobrynin, though, possibly, unintentionally. Fiodor Voronin is a double, possibly triple agent, working for the White Russian Military Union, for the NKVD and, possibly, for the Gestapo. He is a brilliant man, who understands many aspects of politics that, for instance, his rather stupid French Communist neighbours do not. Yet, he is, in the end, too clever for his own good.

Perhaps, the clever clogs in the BBC should get the DVD of Triple Agent and watch it. They might learn some history as well.
Posted by Helen at 9:47 PM