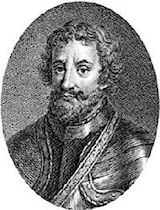 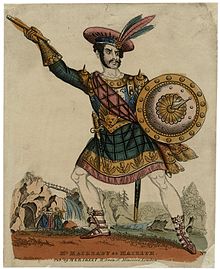 In Ngaio Marsh - Her Life in Crime Joanne Drayton wrote that Marsh had kept her life in compartments; theatre director, writer, life in New Zealand, life in Britain and Europe, private life with different people often in different countries. Occasionally these overlapped through dedication of books to people who might belong to another part of her life not the British literary scene, through the appearance of certain characters based on real ones, such as the egregious Lampreys but most often through Shakespeare whose plays are referred to or quoted in numerous novels while a number was produced by her in New Zealand, especially for the Canterbury College Drama Society.

Of the various plays it is Hamlet and Macbeth, particularly the latter, that are mentioned most often. The Scottish Play is central in two novels and is important in several for various reasons. 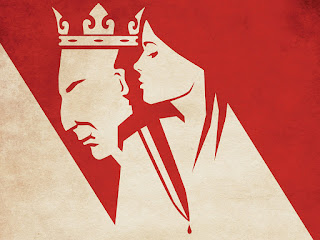 Marsh produced Macbeth at least twice, the first time immediately after the war at the CUCDS, advertising for demobbed soldiers to play various parts. The production was marred by the inadequate props, toy swords and Macbeth's papier mâché head on a stick in the last scene. This was corrected for the subsequent hugely successful tour but memories of the humiliating notices may well have been with Marsh when she was writing Light Thickens, her last novel and one of her best ones, which is about the perfect production of the play.

The same year, 1946, she wrote a book about what she considered to be the right way to tackle plays, particularly Shakespeare, A Play Toward: A Note On Play Production. The ideas she expressed in it, ones that crop up in her novels that are about theatrical productions, were not precisely new but, it seems, unknown among New Zealand critics.


Dramatic dialogue was not a series of speeches delivered by individual actors but a series of spoken movements, each with its own form and climax, carried out be a group of players.

In 1947 she wrote Final Curtain in which Troy paints the portrait of a great Shakespearian actor, Sir Henry Ancred, as Macbeth, one of his most successful parts. On her way to the Ancreds' mansion Troy reads the play again and finds herself quite shaken by it. That happens again when Sir Henry, during one of the sessions, recites a monologue from it. The completed portrait is supposed to be of an old actor looking back into his past and saying farewell to his part.

The Scottish play is quoted and discussed in a number of other novels. In Surfeit of Lampreys Alleyn meets a constable on the beat who starts talking about seeing and reading the play. His rather artless analysis of it puts his superior officer on the right track. In Colour Scheme, the great actor who is stranded in New Zealand while longing to be back in Britain to help the war effort, recites one of the great soliloquies at a concert. In the second New Zealand novel, Died in the Wool, Florence Ruback, the politician whose murder Alleyn is investigating, is compared to one of the Weird Sisters. Macbeth is quoted by P. E. Garbel in Spinsters in Jeopardy and by Jacko in Opening Night, the latter sending the hopeless Gail Gainsford into floods of hysterics, propelling Martyn Tarne onto the stage and triggering the final catastrophe. In Singing in the Shrouds Alleyn not only quotes Duncan on Cawdor, he also has an argument with the retired schoolmaster, Mr Merryman, about the relative merits of Macbeth and Hamlet on the one hand and Othello and The Duchess of Malfi on the other. The argument provides an important clue. On the other hand, a quotation about Lady Macbeth in Dead Water turns out to be of no significance - Mrs Barrimore (another splendid name with its reference to The Hound of the Baskervilles and the acting dynasty) turns out to be a very different person.

In 1962 Marsh mounted another highly successful production of Macbeth and in January 1982 she completed her last and, perhaps, most difficult novel, Light Thickens. She sent the typescript off on January 7 and died, aged 86, on February 18. The book takes place, once again, at the Dolphin theatre where Peregrine Jay directs what is described by the critics after the first night, the perfect Macbeth. The novel, as usual, deals with the many clashing personalities and intrigues that a theatre consists of and with the details of the casting, props, direction and success, which brings tragedy with it. There is a strong feeling that the tragedy is inevitable, the play being what it is though Alleyn himself refuses to deal with anything but the most human aspect of the crime.

There were problems with the novel, both in the writing of it with Marsh feeling ill and tired and with the subsequent editing. Apparently, the discussion about how to produce Macbeth was considerably longer in the typescript than in the edited novel. Indeed, a great deal of editing had to be done by Elizabeth Walter at Collins. Whether the fact that she could not refer back to the author was a help or a hindrance is not clear. The final product is excellent and a great credit to Dame Ngaio Marsh and her editor. 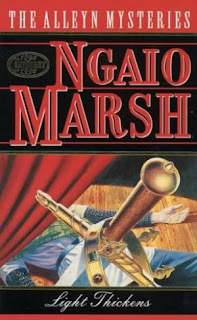