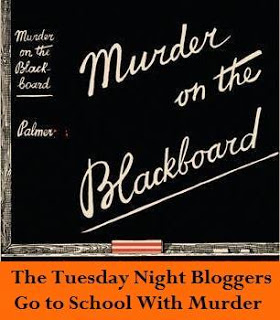 Well, here we are back with murder and education than which there cannot be a more obvious link. And talking of links, Bev Hankins is collecting them all on her blog, My Reader's Block.

So, Gervase Fen, Professor of English Language and Literature, a man who is extraordinarily knowledgeable about English literature and many other things. His outward appearance, with the ruddy face and the spiky brown hair that is slicked down with water but fights back, appears in all the books. He shuffles and fidgets when he is bored, he is rude to everyone unless he happens to feel particularly sorry for them, he goes through various stages of sulking, boredom, excitement and an uncontrolled desire to quote from Lewis Carroll in every investigation.

The first one, The Case of the Gilded Fly, published in 1944 and taking place in October 1940, also tells us a lot about his personality.


Nigel [the Watson of this novel, a journalist on holiday] reflected, as he turned in St Christopher's at twenty to six that evening, that there was something extraordinarily school-boyish about Gervase Fen. Cherubic, naive, volatile, and entirely delightful, he wandered the earth taking a genuine interest in things and people unfamiliar, while maintaining a proper sense of authority in connection with his own subject. On literature his comments were acute, penetrating and extremely sophisticated; on any other topic he invariably pretended complete ignorance and an anxious willingness to be instructed, though it generally came out eventually that he knew more about it than his interlocutor, for his reading, in the forty-two years since his first appearance on this planet, had been systematic and enormous.

If this ingenuousness had been affectation, or merely arrested development, it would have been simply irritating; but it was perfectly sincere, and derived from the genuine intellectual humility of a man who has read much and in so doing has been able to contemplate the enormous spaces of knowledge which must inevitably always lie beyond his reach. In temperament he was incurably romantic, though he ordered his life in a rigidly reasonable way. to men and affairs, his attitude was neither cynical nor optimistic, but one of never-failing fascination. this resulted in a sort of unconscious amoralism, since he was always so interested in what people were doing, and why they were doing it, that it never occurred to him to assess the morality of their action. 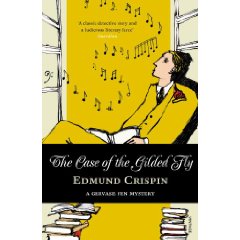 In fact, Fen spends several chapters wondering whether he should tell the police who the murderer is, something he had worked out within a few minutes of finding the body. The victim had been a poisonous creature and the murderer is, in many ways, an admirable one. What to do? The problem is solved by the murderer who repeats the crime in a far more gruesome fashion with and an innocuous victim. Fen decides that justice must take its course.

The plot takes place mostly in Fen's college, St Christopher's, which has a surprising affinity with St John's, where Crispin or, rather, Bruce Montgomery, had been an undergraduate and organist. Not all the novels or short stories do take place there but several include it, as well as the theatre and Oxford in general, together with the appalling railway system. 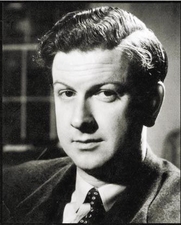 Crispin was a great admirer of John Dickson Carr and this, his first novel, was a "locked room" or "impossible" killing. The solution, which Fen realizes a little later than he would have liked, is not entirely credible but that matters little. What is of far greater interest is the reason why the shot is not heard (apart from the inevitable silencer): two young men are listening to the radio, the Third Programme, to be specific, where very loud music is being played. The music is the Overture to Die Meistersingers, which is followed by Ein Heldenleben. These are staples of concerts nowadays but did the BBC really broadcast music by Wagner and Richard Strauss in October 1940, the height of the Blitz? I presume, Bruce Montgomery, the musician, knew whereof he wrote but I still find it hard to believe.

There are other interesting aspects in this novel, some to appear in later work, some not. There is Fen's relationship with the Chief Constable, Sir Richard Freeman, who is an amateur but highly regarded literary critic, while Fen is an amateur and highly regarded detective, the only literary critic who is also a detective in fiction, as he puts it. Each prefers to discuss their own amateur and the other's professional work and each is periodically thwarted, except that Fen does actually solve cases, as is mentioned in The Case of the Gilded Fly. Indeed, he solves this one, causing himself and others great unhappiness.

Crispin also steps outside the conventions of the detective novel slightly by having Fen gloomily hope that Gideon Fell will never hear of his slowness in recognizing a clue. In subsequent books there will be bolder conversations between author and character and hilarious references to the publisher.

Then there is Dolly Fen, Gervase's very practical and down to earth wife with whom he has several children. Dolly and the children are referred to in other novels and short stories but never really appear again, which is rather a pity. She is a delightful character who keeps him under some sort of control and whose opinion he values highly.

And finally, the references to English literature and, especially, Shakespeare. It is hard to get through these witty novels without having to look up at least one reference, maybe more. In some ways these books are even harder work than Sayers's, also full of quotations and allusions. The gilded fly? It's from Act 4. Scene 6 of King Lear:


Ay, every inch a king:When I do stare, see how the subject quakes.I pardon that man's life. What was thy cause? Adultery?Thou shalt not die: die for adultery! No:The wren goes to 't, and the small gilded flyDoes lecher in my sight.Let copulation thrive; for Gloucester's bastard sonWas kinder to his father than my daughtersGot 'tween the lawful sheets.