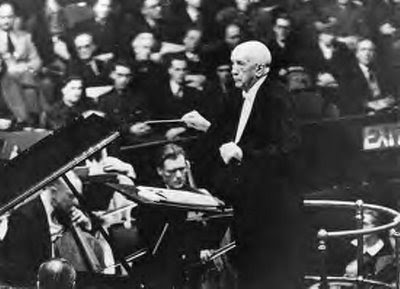 The June issue of Standpoint, an excellent magazine, always full of good reading material, has a theatre review not by the usual critic, Minette Marrin, but by Mark Ronan, who also blogs on the arts. (Actually, he is quite a guy, a professor of mathematics who has also acted and danced as well as written about both the arts and mathematics. In fact, I am beginning to think that he is a figment of somebody’s imagination.)

The review in question is of two plays by Ronald Harwood at the Duchess Theatre in London, both about German musicians who remained in the country under the Nazis and went on working, indeed flourished but had to face up to the consequences in 1945. Appropriately enough, it is called “Facing the Music”.

(Here is another review of the plays in the Economist.)

The two musicians are Richard Strauss, long “known” by all bien pensants for being a Nazi (Ken Russell has much to answer for) and the sublime conductor Wilhelm Furtwängler. Respectively, the plays are entitled “Collaboration” and “Taking Sides”.

Mr Ronan’s first paragraph sums up the problem about judging people on the basis of hearsay:


When I once performed an acting role in Richard Strauss's Salome, in Chicago, one of the singers said to me, "He wrote glorious music, but what a f***ing Nazi!" I was astonished. This was not the Richard Strauss I knew about, so I rang a lady friend in England, who said, "And did this man know that Strauss had a Jewish daughter-in-law, of whom he was extremely fond? And that he protected her and his Jewish grandchildren throughout the war?"

There is also the fact that Richard Strauss insisted on keeping the name of Stefan Zweig, the Jewish writer and librettist of Die Schweigsame Frau, on the playbill.

But, undoubtedly, Strauss collaborated to some extent with the regime, as did Furtwängler, though he was not a member of the party, however hard the American interrogator tried to prove that and he did help Jewish musicians in escaping. The accusation that by helping them he knew what was going on and was, therefore, guilty, apparently levelled at the conductor in 1945 could have come only from people who understood nothing about the realities of totalitarianism.

It seems, however, that certain record shops have decided that they know everything:


[W]hen Harwood was preparing the play he asked his daughter in New York to go to Tower Records and get him all the Furtwängler recordings she could. She called back half an hour later to say, "Dad, I've had a terrible time, I went in and the man said, ‘We don't keep Nazi recordings in this shop'."

At the end or his article Mr Ronan says:


We are left with questions. How would we have acted in the circumstances of the time? Some people seem certain of their own righteousness and condemn the musicians, yet self-righteousness and condemnation are something of which the Nazis were guilty. A contemporary theatre critic in a major newspaper wrote that Strauss was a Quisling. Does he not understand the meaning of the word? Strauss was German, so was Furtwängler. Their country, ruled by a government they disliked and officials who disgusted them, can be easily condemned, but condemning those who lived there as things went from bad to worse is another matter entirely. Was Strauss a "f***ing Nazi"? Was Furtwängler? These plays should inspire us to examine ourselves and our world.

The last reference is to the repeated attempts to boycott Israeli academics and artists simply because they are Israeli (oh what the heck, because they are Jewish). Often these calls are voiced by the same people who spit at the name of Strauss or Furtwängler, assuming they have heard of the latter. 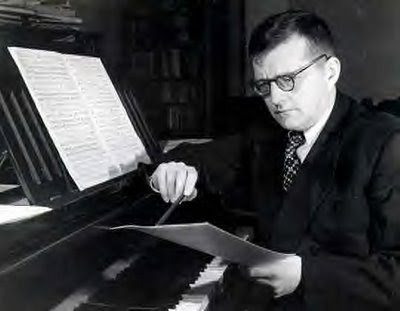 As for how would any of us behave in those circumstances, we do not know if we have not been through it. The most surprising people behave heroically; it is the theme of many stories, such as Guy de Maupassant’s “Boule de Suif”. Come to think of it, is that not what the story of Mary Magdalen about?

There is, yet another way of testing our attitudes. Suppose the discussion quoted at the beginning had not been about Richard Strauss but about Dmitry Shostakovich. “He wrote glorious music but what a f***ing Stalinist.” How does that sound? Yet, it was true. Shostakovich wrote music to order, agreed to censorship, watched silently as his colleagues were persecuted and arrested without, to my knowledge, saving anybody. Perhaps he could not. It is not, precisely, for me to judge. But it is something to remember.
Posted by Helen at 3:07 PM