Google has decided to celebrate Mary Leakey's 100th birthday and some people I know are fractious. Why her? Never heard of her. (Actually, her work is of some importance.) Why not Ronald Reagan whose 102nd birthday it is or Her Majesty whose Accession took place 61 years ago? Or, as someone pointed out, not Zsa Zsa Gabor who is 96 years old today and still with us though not as visible as she used to be though still married to Frédéric von Anhalt? 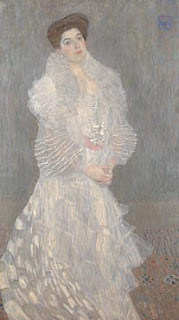 And the National Gallery informs me that there will be a major exhibition of the Portrait in Vienna in 1900 this autumn. Something to look forward to.